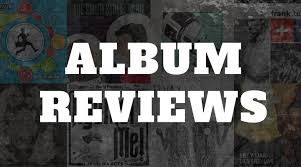 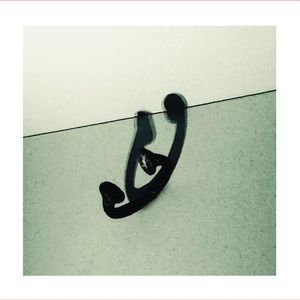 It’s taken me almost two whole weeks after its release to even begin forming thoughts about DROGAS Wave. For one thing, it’s so damn long that getting in initial listens took about nearly a week, and for another thing, it’s so damn long that it took another for reactions and loves and hates to start forming. This is exactly how Lupe wanted it, I imagine. Releasing an album like this takes serious self-confidence, something Lupe Fiasco has clearly never lacked, even with regards to the absolute dregs of his discography. But like any great rapper, the man’s most annoying traits occasionally pay off with his absolute best moments – the steel-minded clarity of vision it must have taken to assemble DROGAS Wave piece by piece, over five years in his home studio, with no budget or promise that people would even pay attention when it eventually released, is kind of amazing in itself.

Which brings me back to this point: DROGAS Wave is extremely fucking long, which makes its homemade nature even more impressive. This is a double album in the truly classical sense of the word, in that it actually comprises two distinct albums with a tenuous connection to one another released for whatever reason under one banner – Devin Townsend’s Z2 style. Forget the lightweight shit Lupe released last year, because the run starting at “XO” is the real DROGAS Light: a summery shimmer of pop-rap which hits breathtaking highs with the delicate jazzy musings of “King Nas”, or “Happy Timbuck2 Day”‘s Tribe Called Quest-esque tribute to a legendary Chicago DJ. The other album, where the Wave section of the album name is derived, which loosely comprises the first half of the album and revolves around a mythical group of vengeful drowned slaves, isn’t just Lupe Fiasco’s best but easily one of the greatest albums I’ve heard in recent memory. A Spanish-language banger gives way to a Jamaican-accented Lupe telling the tale of the slave ships and then to a raw three-and-a-half minute violin solo, and yeah, that’s before fifteen minutes have passed. In other words, Lupe Fiasco is back on his classic form – a mercurial lyrical genius who has no idea how to edit himself or play to his strengths, seemingly stumbling onto making a great album rather than consciously deciding to do so.

But DROGAS Wave justifies its strange double life by outdoing the old Lupe at his own game. The likes of “King Nas”, “Stack That Cheese” and “Happy Timbuck2 Day” go toe to toe with the breezy nostalgia of Food & Liquor’s best, while the early album concept songs make Tetsuo & Youth’s weirdest meanderings feel pretty lightweight. “WAV Files” is the greatest song to ever emerge from the man’s pen because it merges the two, with a chorus that could fill the empty space in any stadium dicing up verses where trees and waves anthropomorphise to apologise to the dead slaves for the assistance they gave the white slavers on their sea journeys. On the other hand, this insane balancing act cannot and does not excuse every misstep – “Down”‘s garbage chorus is reminiscent of the most insufferably overblown ideas that bogged down The Cool and “XO”‘s comes straight from the glitzy trash rap of Lazers or Light.

If all this sounds like overblown wank to you, you’re in a pretty reasonable position, and again I’m sure that’s exactly how Lupe wanted it. Every time the concept threatens to spin off the wheels in indulgence the rapper flits back to harsh reality and brings us along for the ride, like when “Alan Forever” resurrects a child who died face down on a beach trying to emigrate to Europe and traces the life he could have had, from a childishly magical first verse where the moon becomes a disco ball to an adult Alan saving his young self from death in the most moving and spare conceptual rap Lupe has ever spun. At its finest moments, the “WAV Files” and “Alan Forever”s of the album, DROGAS Wave achieves that sublime filmic quality hip-hop albums chase when they want to call to mind the word ‘classic’. Like all of those albums, Wave frequently stumbles and falls short, but it does so on the path to something ambitious and, touch wood, timeless.

Raymond Russ, (born May 21, 1982) musically known as Nfinit3, is a hip-hop producer from the Washington DC, Maryland, Virginia region known as the DMV. Nfinit3 accredits a personal friend for introducing him to the sounds of 9th Wonder and Kanye West back in 2003 which in turn led to his decision to pursue beat-making. Years of studying 9th, Kanye, Dilla, Premier and others aided in the growth and development of Nfinit3's sound. In 2006 Nfinit3 linked up with Justus League affiliate, Phocuz, for a few songs as well as established a musical friendship with up and coming r&b sensation Carlitta Durand. Several collaborative efforts on songs allowed Nfinit3 to release his first project, a mixtape titled The Track Sessions Vol. 1 in the fall of ‘07. It consisted of the producer’s instrumentals as well as tracks with an array of underground artists. Outside of Phocuz, Nfinit3 has also produced tracks for the likes of Range da Messenga, Big T of Southernboi Entertainment, P. Genz, Poe Mack, Velben, Vibe H.O.T.T. and Bucky Dolla. In the spring of ‘08 Nfinit3 teamed with M-City artist, Bucky Dolla to release their collaborative effort, The Mixed Bag Effect, digititally worldwide. In the fourth quarter of the same year they followed up with their 2nd album titled, The Almighty Dolla, available digitally as well as by hardcopy. Nfinit3 also released a solo project called, First Times A Charm in the summer of ‘08. He considered it his “one time experimental release”, finding himself rapping and singing over his own production.